Tahchin is Persian rice cake which is made with different ingredients. It consists of a thick layer of rice, saffron, yogurt and egg combination but interestingly we make the vegan version of it and even get a better flavor of this dish. Vegan yogurt or simply a mixture of plant milk and gram flour is substituted for the dairy yogurt and egg.

Among different kinds of tahchin I adore this amazing one. Every single ingredient in this dish is so tasty and combination of all of them tastes divine. Just imagine the saffron flavor and barberries and dried fruits accompanied by soft texture of spinach and crunchy nuts! If you want to give it a try follow this recipe(for two) but do not forget to use a non-stick pot. 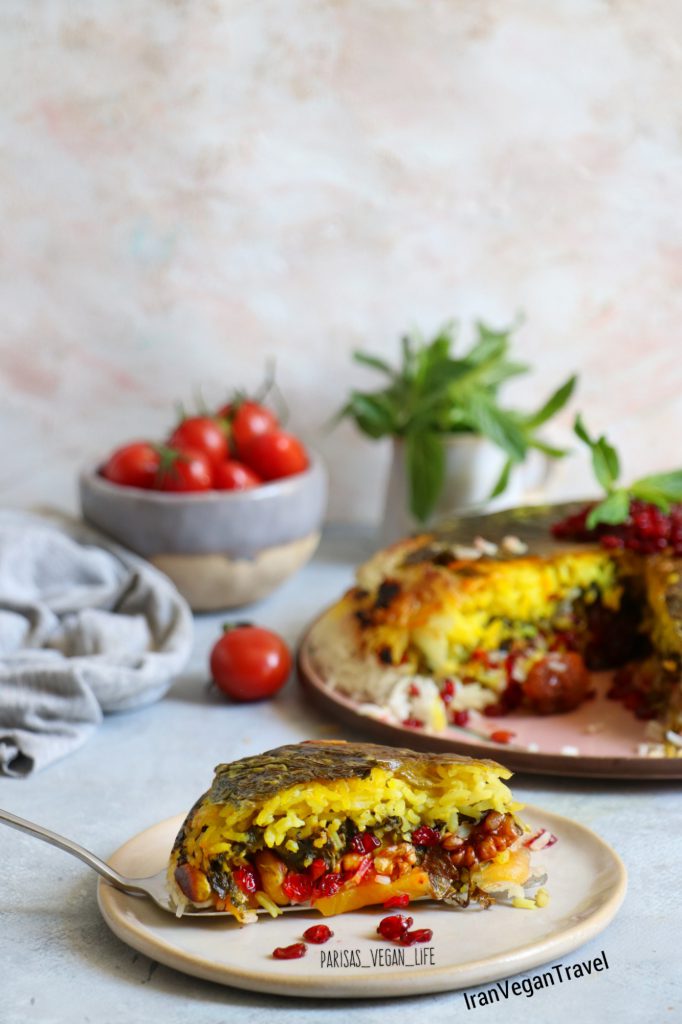 Check out our Iran tours if you would love to visit Iran with a taste of vegan Persian foods like this one.